Dr. Stuart D. Bale of the University of California, Berkeley spoke to MSRI’s Math Lovers Forum (mathlovers.msri.org) in March 2022. This event was hosted by Ashok & Gita Vaish and David Eisenbud.

The Origin and Structure of the Young Solar Wind: Parker Solar Probe ‘Touches the Sun

The NASA Parker Solar Probe mission has now made 11 orbits of the Sun and currently has its periapsis at 13.3 solar radii; its Keplerian speed at periapsis is nearly 160 km/s (~360,000 mph), the fastest ever human-made object. Parker Solar Probe was designed and implemented to crack the outstanding problem of coronal heating and the acceleration of the supersonic solar wind. I will describe our latest advances, including insights to the discrete sources of solar wind and the recent entry into the solar ‘magnetosphere’, where the expanding wind is still in causal contact with the Sun. 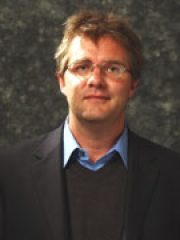 Stuart D. Bale received B.A. and Ph.D. degrees from the University of Minnesota in 1989 and 1994, respectively. After three years of postdoctoral work at Queen Mary College, University of London, he came to a research position at the Space Sciences Laboratory (SSL) at Berkeley. He joined the Physics faculty in 2004 and is the Director of SSL. He has held visiting appointments at the Observatoire de Paris, Meudon (Univ. Paris VII), LPCE/CNRS in Orleans, France, and the University of Sydney. He is a recipient of the 2003 Presidential Early Career Award for Scientists and Engineers (PECASE).

Will M. Farr earned his B.S. in Physics from Caltech in 2003 and his PhD from MIT in 2010. After a CIERA fellowship at Northwestern University, he joined the faculty at the University of Birmingham in 2013. In 2018 he moved to Stony Brook University and the Center for Computational Astrophysics (part of the Simons Foundation’s Flatiron Institute). He is an Associate Professor of Physics and Astronomy and the leader of the CCA’s Gravitational Wave Astronomy Group. He is a member of the LIGO Scientific Collaboration, an international collaboration of scientists studying gravitational waves detected by the LIGO instruments.

Traffic Waves, Vehicle Automation, and the Future of Traffic Modeling

Vehicular traffic flow exhibits highly intriguing structural beauty (if one is not the one stuck in traffic): phantom traffic jams arise from dynamic instabilities; and traffic waves are mathematical analogs of detonation waves. We show how traffic models can expose these structures, and then present how existing vehicle automation can substantially reshape how traffic flows on our roadways.

Math Lovers Forum at MSRI: Benjamin Seibold on “Traffic Waves, Vehicle Automation, and the Future of Traffic Modeling” from MSRI on Vimeo. 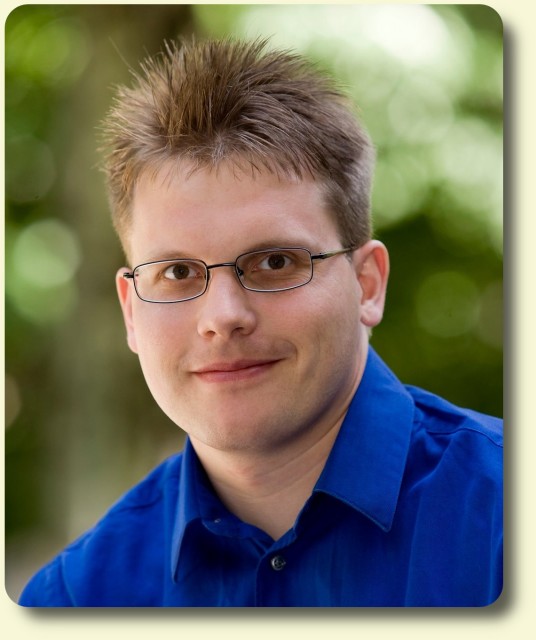 Benjamin Seibold is an Associate Professor of Mathematics at Temple University, and the Director of the Center for Computational Mathematics and Modeling. His research combines mathematical analysis, computation and simulation, and experiments to answer questions about many real-world phenomena, including traffic flow, autonomous vehicles, fluid flows, radiation transport, and invasive species.

Quantum Computational Supremacy and Its Applications

Last fall, a team at Google announced the first-ever demonstration of “quantum computational supremacy” — that is, a clear quantum speedup over a classical computer for some task — using a 53-qubit programmable superconducting chip called Sycamore. Google’s accomplishment drew on a decade of research in my field of quantum complexity theory. This talk discusses questions like: what exactly was the (contrived) problem that Sycamore solved? How does one verify the outputs using a classical computer? And how confident are we that the problem is classically hard — especially in light of subsequent counterclaims by IBM and others? Aaronson ends with a possible application that he’s been developing for Google’s experiment: namely, the generation of trusted public random bits, for use (for example) in cryptocurrencies.

Scott Aaronson is David J. Bruton Centennial Professor of Computer Science at the University of Texas at Austin and director of its Quantum Information Center. He received his bachelor’s from Cornell University and his PhD from UC Berkeley. Before coming to UT Austin, he spent nine years as a professor in Electrical Engineering and Computer Science at MIT. Aaronson’s research in theoretical computer science has focused mainly on the capabilities and limits of quantum computers.

How to Factorize (Almost) Everything

MSRI director and UC Berkeley Professor of Mathematics David Eisenbud recalls that most of us learn in high-school how to factor polynomials: for example, x2-y2 = (x+y)(x-y), and x2+2xy+y2 = (x+y)2. Some of us also learn that factoring y2-x3 is impossible.  However, it is a long tradition in mathematics that one can solve more problems if one widens one’s point of view. David will show how such a widening allows one to factor nearly any. He’ll also share an open problem in the area that touches on the very nature of complexity.

Math Lovers Forum at MSRI: David Eisenbud on “How to Factorize (Almost) Everything” from MSRI  on Vimeo.

David Eisenbud served as Director of MSRI from 1997 to 2007, and began a new term in 2013. He received his PhD in mathematics in 1970 at the University of Chicago under Saunders MacLane and Chris Robson, and was on the faculty at Brandeis University before coming to Berkeley, where he became Professor of Mathematics in 1997. He served from 2009 to 2011 as Director for Mathematics and the Physical Sciences at the Simons Foundation, and is currently on the Board of Directors of the Foundation. He has been a visiting professor at Harvard, Bonn, and Paris. Eisenbud’s mathematical interests range widely over commutative and non-commutative algebra, algebraic geometry, topology, and computer methods.

Eisenbud is Chair of the Editorial Board of the Algebra and Number Theory journal, which he helped found in 2006, and serves on the Board of the Journal of Software for Algebra and Geometry, as well as Springer-Verlag’s book series Algorithms and Computation in Mathematics.

Eisenbud was President of the American Mathematical Society from 2003 to 2005. He is a Director of Math for America, a foundation devoted to improving mathematics teaching. He has been a member of the Board of Mathematical Sciences and their Applications of the National Research Council, and is a member of the U.S. National Committee of the International Mathematical Union. In 2006, Eisenbud was elected a Fellow of the American Academy of Arts and Sciences.

Jack McCauley spoke to MSRI’s Math Lovers Forum (mathlovers.msri.org) in November 2019. In this video recording, engineer, inventor, and philanthropist Jack McCauley discusses his career, as well as a recent creation of his: a handmade calculator capable of doing complex sums, and some of the history behind the original design from the 16th century and its creator.

Engineer, inventor, and philanthropist Jack McCauley is a University of California, Berkeley Alumnus (EECS ’86); He is a co-founder of Oculus VR and the chief engineer of the Guitar Hero video game series.

Dr. Stuart Bale spoke to MSRI’s Math Lovers Forum in May 2019. In this video recording, Dr. Bale explains some of what we’ve learned about the sun’s structure and gives an overview of NASA’s ongoing Parker Solar Probe mission, including some exciting new results.

Stuart Bale is a University of California, Berkeley professor of physics, former director of the campus’s Space Sciences Laboratory (SSL) and one of four principal investigators for the instruments aboard the Parker Solar Probe. In addition, his SSL research group participated in NASA’s STEREO mission studying the generation and evolution of Coronal Mass Ejection (CME) phenomena. Bale’s main research is focused on developing experiments to understand the role of plasma dynamics and magnetic fields in the large-scale evolution of astrophysical systems.

Markov chain Monte Carlo, or MCMC, is a powerful family of search algorithms that has applications all over science and engineering.  I’ll make the case that it gives us the material for a major breakthrough in the study of redistricting:  how do you decide when a map has been gerrymandered?

Math Lovers Forum at MSRI: Moon Duchin on “Random Walks and Gerrymandering” from MSRI on Vimeo. Moon Duchin is an Associate Professor of mathematics at Tufts University and serves as director of Tufts’ interdisciplinary Science, Technology, and Society program. Her mathematical research is in geometric group theory, low-dimensional topology, and dynamics. She is also one of the leaders of the Metric Geometry and Gerrymandering Group, a Tisch College-supported project that focuses mathematical attention on issues of electoral redistricting.

Duchin’s research looks at the metric geometry of groups and surfaces, often by zooming out to the large scale picture. Lately she has focused on geometric counting problems, in the vein of the classic Gauss circle problem, which asks how many integer points in the plane are contained in a disk of radius r. Her graduate training was in low-dimensional topology and ergodic theory, focusing on an area called Teichmüller theory, where the object of interest is a parameter space for geometric structures on surfaces.

Duchin has also worked and lectured on issues in the history, philosophy, and cultural studies of math and science, such as the role of intuition and the nature and impact of ideas about genius. She is involved in a range of educational projects in mathematics: she is a veteran visitor at the Canada/USA Mathcamp for talented high school students; has worked with middle school teachers in Chicago Public Schools, developed inquiry-based coursework for future elementary school teachers at the University of Michigan, and briefly partnered with the Poincaré Institute for Mathematics Education at Tufts.

Free with Asian Art Museum admission or membership – enter museum and Samsung Hall is located on the 2nd floor at the top of the stairs.

END_OF_DOCUMENT_TOKEN_TO_BE_REPLACED